From the Support of Ukrainian Sovereignty to the Idea of ‘Regional Independence’: Miners’ Movement in the Donbas, 1989-1993
E-Mail 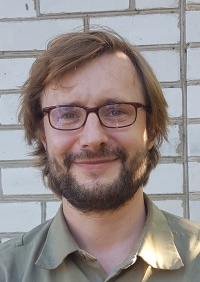 ABSTRACT
The aim of this Ph.D. project is to explain the political trajectory of the miner’s movement in the Donbas, 1989-1993. The first miners’ strikes in summer 1989 were seemingly limited to purely ‘economical’ demands. Their unparalleled success was followed by the gradual radicalization of the miner’s movement which became explicitly ‘anti-Soviet’. In 1991 the miners of Donbas supported Ukrainian independence. The subsequent phase of the miners’ movement in 1992-1993 witnessed a rapid disenchantment with the state of affairs in the independent Ukraine. This tendency resulted in the strikes in summer 1993. This time miners’ demanded ‘independence’ for their own region, the Donbas. Utilizing in-depth interviews with the former leaders of the strike committees and archival research, this project explains the reasons which first caused miners’ movement in the Donbas to support Ukrainian sovereignty and subsequently influenced the shift toward the idea of ‘regional independence’.

BIOGRAPHY
Kyrylo Tkachenko is a doctoral student at the European University Viadrina Frankfurt. He researches the social and political history of the Donbas region. He received his MA degree in philosophy at Shevchenko University in Kyiv.

PUBLICATIONS
2019: "The History of a Region: The Donbas before and after Ukrainian Independence" (in German). In: Stephan Rindlisbacher, Dmytro Tolkach (eds.), 100 Years of Ukrainians
2018: "July Thunderstorms: 1989-1991 Miners’ Protest in the Context of Perestroika’" (in Ukrainian). In: Stanislav Menzelevsky (ed.), Film Revision of the Donbas 2., pp. 261-304
2015: "The Story of a Remarkable Victory, or: Who Won in the Course of the Market Reforms?" (in Ukrainian). In: Kyrylo Tkachenko (ed.), Capitalist Transformation of Ukraine, pp. 82-113