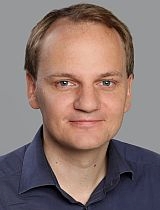 ABSTRACT
Since the uprisings of 2010/2011 Saudi Arabia, the United Arab Emirates and Qatar have supported very different political actors in Egypt. By applying an agency-focused approach the project evaluated the role of regime survival, geostrategy and personal business interests as drivers behind the foreign policies implemented by the Arab Gulf States' core elites in order to explain these heterogenous policy patterns.

BIOGRAPHY
Matthias Sailer works as foreign policy advisor to Omid Nouripour, the foreign affairs spokesperson of the Green party in the German parliament. He completed his Ph.D. at Friedrich-Alexander-Universität Erlangen-Nürnberg. Between 2014 and 2017 he was a doctoral fellow of the Konrad-Adenauer-Stiftung in the Middle East and Africa Division of the German Institute for International and Security Affairs (SWP) in Berlin. Before he came to SWP, he had spent several years in Cairo working as a freelance correspondent, mainly for Deutsche Welle (DW). Matthias studied Political Science, Modern Middle Eastern Studies and Middle East Politics in Berlin, Oxford and London. Between 1999 and 2003 he had managed and founded a trading company in Germany and the United Arab Emirates.

01/2016: Sailer, Matthias. 'Changed Priorities in the Gulf: Saudi Arabia and the Emirates Rethink Their Relationship with Egypt'. SWP Comments 2016/C 08