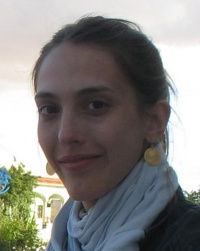 ABSTRACT
Nidaa Tounes emerged as the biggest force in Tunisia's parliamentary elections in October 2014 and its leader, Beji Caid Essebsi, was elected President in a run-off ballot in December. This research project seeks to shed light upon the ascent of the Nidaa Tounes party in Tunisia's transformation (2011 - 2014), which was initially dominated by the Islamist Ennahda party. It argues that Nidaa Tounes' powerful links to key resources and the Politically Relevant Elite, which includes prominent state and non-state actors, have facilitated the party's rise. Nidaa Tounes has managed to consolidate its power through elite pacts with other parties in the National Salvation Front as well as with its main adversary, Ennahda, which has most recently decided to join a Nidaa Tounes-dominated coalition government. This will be the first in-depth research project on Nidaa Tounes and constitutes a key contribution to research on elite politics post-Arab Spring.

BIOGRAPHY
Anne Wolf is a Ph.D. candidate at the University of Oxford, St. Antony's College, where she is researching the rise of Tunisia's Nidaa Tounes party post-revolution. She has spent most of the past four years in Tunisia, where her research has dealt with the country's democratic transition, Islamism as well as secular party politics. Her academic writings on the region have been published in the Journal of North African Studies and her articles have appeared in the Guardian, Carnegie, the Middle East Institute and many other outlets. Anne Wolf holds an M.Phil. in International Relations from the University of Cambridge.

Anne Wolf: ‘The Islamist politics of exile: Tunisia's al-Nahda in France and the UK (1989-2011)’, in Paul Anderson and Julian Hargreaves (eds.), Muslims in the UK and Europe, Cambridge: University of Cambridge Centre of Islamic Studies, 2017