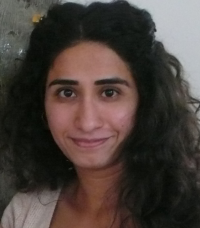 ABSTRACT
This doctoral study examines the relationship between democratic citizenship and minority participation and mobilization in multi-ethnic states. Focusing on the situation of the Palestinian-Arab citizens of Israel, it analyzes the formal and informal political and institutional policies, patterns and practices that define Israeli citizenship, or the mode of civic incorporation within Israel. From here the research analyzes the ways in which the legal, social and political dynamics of Israeli citizenship delimit the boundaries of the political participation and mobilization of its Arab citizenry.

BIOGRAPHY
Shourideh C. Molavi is a fifth-year Ph.D. candidate at York University in Toronto, Canada. For the past ten years she has worked with numerous civil society groups of the Palestinian community in Gaza City, Nablus, Jerusalem, Haifa, Ramallah and Bethlehem. Much of this work has been with the Palestinian citizens of Israel and Haifa-based NGOs, including Mada al Carmel: Arab Center for Applied Social Research.